Can't make it this date? 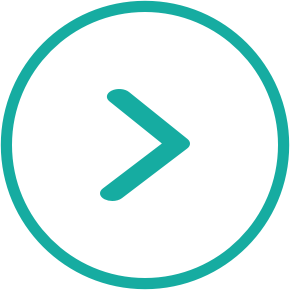 What do you call an Islam contrarian? An Islam hipster, if you will?

The 10th century was a unique time in the history of Islam when its ideas were fiercely debated by its growing community of followers stretching from Baghdad to Granada.

In Anatolia, or modern Turkey, some decided to rebel against centralised dogma and form independent, self-organised communes lead by dedes, local spiritual leaders, or grandfathers, who did not see much use in going to a mosque, touring Mecca or praying five times a day. No Ramadan either: instead, elements of Buddhism, Shamanism, and lots of music, poetry and dancing in semahs - choreographed circles - by both men and women.

This improvised interpretation of Islam is called Alevi, a mix of religion and philosophy passed orally from generation to generation, with space for individual reading and creativity. Serap, Murat and Ünal represent the fifth part of the Turks who come from the Alevi community, and they celebrate it by performing its verses and melodies their own way. This Sunday, May 8th, Serap will sing and play her bendir (frame drum), Murat - his bağlama (Turkish guitar), Ünal - his kopuz (small-bodied Turkish guitar), to cast a spell on us with chants of justice, nature and compassion.

Watch out for püskül, or tassels, on Murat and Ünal instruments. Playfulness is a magic key into the Alevi world.

€ 0
Raised
0
Supporters
€200
Our goal
Ünal, Serap & Murat
Beware of finding yourself dancing in circles!
Click to order
Your donation
Total:
Who is organising this concert?
Invisible City, a non-profit on a mission to enable emerging artists to perform more and get paid fairly.
How do I connect to see the concert?
Once you have made your donation, we’ll send you an online ticket with a secret code to our invisible private room in Zoom, for which we have a professional account for maximum quality. We do NOT RECORD the concerts and keep our virtual room intimate and cosy, limiting the participation to 35 people.
How can I have the best sound?
We make sure that the artists have the fastest internet connection possible and are properly geared. We run numerous soundchecks prior to the concert to make sure everything is tuned on the artist side! You can do your part: make sure your setup is as perfect as possible with our self-soundcheck guide.
How much should I contribute?

We encourage you to make a contribution on behalf of every person who participates in this online concert together with you.

We believe that 7 euros per person is fair, yet most guests usually contribute around 11 euros, so if you have the means and wish to support the artists and Invisible City further, we’d be grateful if your contribution corresponds to what feels fairest to you.

You can also make a donation directly to the Invisible City account (for example, from your Revolut app or similar):

(Depending on your bank, the transfer may take some time to arrive, this is why please send us an email at magic@invisiblecity.eu letting us know you made a transfer so that we send you your ticket right away!)

How much does the artist actually get?

Even before the gig starts, Invisible City guarantees a minimum of 100 euros to the artist no matter what. This is our investment into the performance which provides a safety net for the artist. We make sure it is never a lottery! These funds come from reinvesting the donations from the previous performances as well as from our private sponsors who support Invisible City directly (here is how you can become one).

﻿What the campaign receives above the 100 euro mark, we share with the artist in equal parts. In this way, we provide a guaranteed income to the artist while staying sustainable and helping more artists run more wonderful gigs.

How do I pay in my currency?
If your bank does not allow foreign payments, just write to us at magic@invisiblecity.eu and we find a way, promise!
Do you have Apple/Google Pay?
Yes. When you click on 'donate' the Apple/Google Pay option will appear automatically.
I need further help with donating!
Do you have MBway? Is your preferred method not working? Write to us at magic@invisiblecity.eu so that we do the impossible to help you join us!
Contribute